how to read LCD datasheet to figure out required resistor?

I bought this LCD screen to use with my Uno 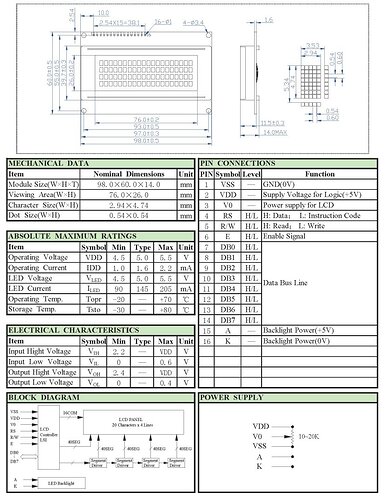 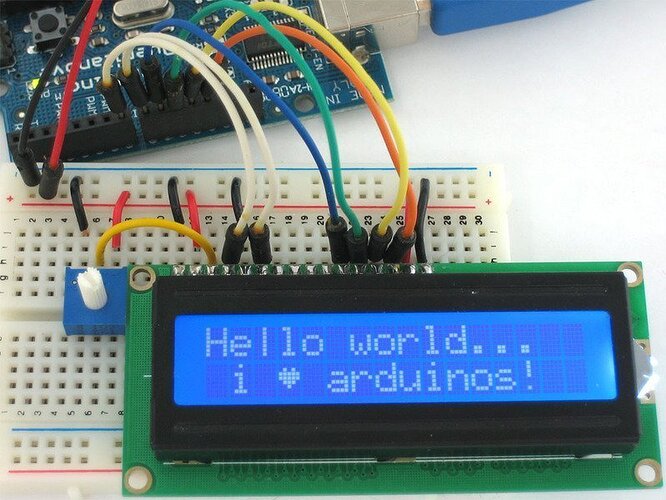 We sell tons of lovely character LCDs for use with Arduino, they are extremely common and a fast way to have your project show status messages. This tutorial will show how you can easily connect a character LCD, either 16x2 or 20x4.

I'm stuck on calculating the resistor i need for the backlight. It says that most LCD displays come with a series resistor. I'm not sure if they mean to check if there's a resistor on the board itself or that it came with a separate resistor because mine did not if that's the case.

It then says the following to calculate the required resistor:

I've never had to read a datasheet before so i'm struggling with figuring out the datasheet. Which value is the maximum backlight current and the backlight voltage drop?

I know the tutorial says to use a 220 ohm resistor if i can't find the datasheet but i'd like to learn how to do this when i don't have a tutorial.

Should i be looking at the "Type" value of LED Voltage and LED Current? or should i also be adding these values to their respective 'Operating' values when doing the calculation?

Any clarification would be awesome.

Should i be looking at the "Type" value of LED Voltage and LED Current?

or should i also be adding these values to their respective 'Operating' values when doing the calculation?

No. VDD is for the LCD not the LED.

It would appear that your particular display does not require an external current limiting resistor.

I say that because in the "Absolute Maximum Ratings" section it lists the typical LED Voltage as 5.0v and in the "Pin Connections" section it shows +5V for the Backlight Power.