LED on when relay off? //solved

Is it possible to get LED on when relay is off with NPN transistor and how would you do it? I'm thinking way too simplified right now and can't figure it out..

This is for a switch which has a built in LED that I want to be light when the switch is off..

Presumably your switch has 3 terminals. In, Out and GND If so then the GND connection is used to provide a 0 volts point for the LED circuit. (the LED will have an in-built current control resistor) The In connection will be commoned with the LED Simply tie the GND connection to the Out connection. When switch is closed the In and Out will be at the same potential so LED will not illuminate. When the switch is open, the Out connection will be connected to the zero volts line via the load (your relay ?) and sufficient current will flow to illuminate the LED - but not enough to activate the relay.

So, no need for transistors !

Thanks! I'm not sure if I did it how you described but got it working. The switch has C, NO (normally open) and NC (normally closed) marks on the contacts and I suppose they are the same IN, OUT and GND, that made me confused. I feel stupid :blush:

Here's how it's now 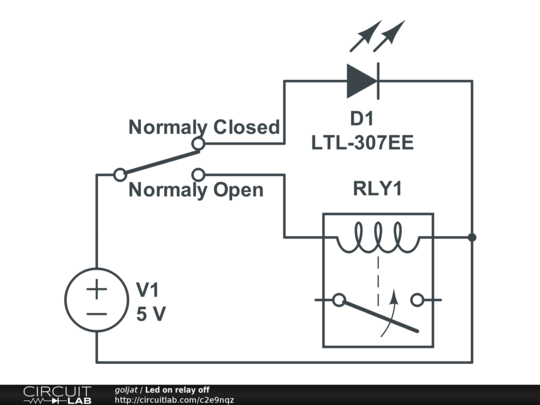 Yep that's perfect; but, that wasn't the style of switch you had in your original question. However having thought about what I originally wrote, I now realise it's complete claptrap: which just goes to prove that you shouldn't believe all the "advice" you get on web forums.