I have a bunch of 8, 16, and 32MB Playstation 2 memory cards, and after scouring both the Forums and the Internet, I could not find one single article on how to interface with them. If it is possible does anyone know how.

All I need to do is be able to store and recall information and possibly transfer from one device to another. (Devices probably being arduinos.)

Thank You in advance.

Open one up and see what kind of chip is being used.
If its SRAM or DRAM, then transferring between devices is not possible unless power is maintained all the time.
If they are some kind of EEPROM or FLASH, then a way could be found to read/write them & retain data while powered down.

Need to know what’s in it first tho.

Well it stores data for use between systems and storing game data. So it must be FLASH or EEPROM. And it is flash It has 2 chips; (As seen on chip) Hynix XOR HY27USO8281A TPCB 848F M8SB3742JA3 By samsung and hynix is flash memory

Oh and all the data sheets are in Chinese, I do not know Chinese.

That could be made to work.

Gate Crasher Pro looks like some kind ot antihacking chip. Maybe take that off the board, build up your own set of shift registers/counters etc to interface with the address & data & control lines using 3.3V logic parts. http://www.eurasia.nu/modules.php?name=News&file=article&sid=759

Not all are Oriental:

Right-click, Save Target as ...

Just read up a little more on the MagicGate the one in this one is a hacked one, as in designed to work without sonys permission.

But you are not using this in Playstation anymore, correct? That's why I suggested developing your own control logic so the arduino could read/write it.

Altho probably a lot simpler to add a Serial type Memory part, or SD card, and access it via SPI.

Yes it is not going to be used in a playstation, and I could use a mSD, I just happen to have quite a few around here.

Ok, there a couple of options here. The picture of the hacking page shows another chip below the memory part. The control lines from the edge connector to go to that, then that device connectst to the memory part. If we can determine what that part is you can probably get by with a simpler solution, likely serial read/writes, and that part acts as shift register/memory to capture the address & data to be written, or buffers the data read back to be read out serially.

If not, then another option is to attach 18 wires and bring those to a connector such as this 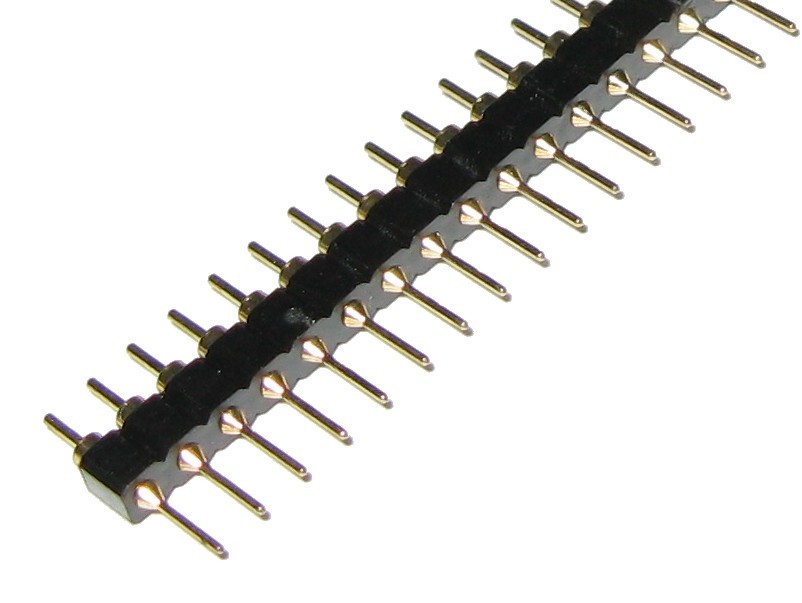 www.dipmicro.com/img/1/HDR40X1MM.jpg that you can than plug into a breadboard, and add your own 5v to 3.3v level converters. Then you can connect to 8 I/O lines from your arduino and 8 control/status lines and power/gnd, and remove the magic gate part and the other part and contol the memory part directly. To make it easier to start, you could use a part like a 8 MHz/3.3V promini, or wire up your own equivalent on the breadboard (just need a 328, 8 MHz crystal, two 22 pF caps, 10K resister, totals around a dollar at dipmicro), and a 3.3V FTDI Basic from Gravitech http://www.gravitech.us/arliandpropr.html to handle the PC interface for downloading sketches and create 3.3V for you.

The hardware setup is pretty straightforward. Attaching the wires could be tricky, get a good soldering iron and be patient. The software, there are several modes to be supported. You will probably write a function per mode, the function will take in the address to be accessed, and data to be written, and manage the application of the control signals, check the status signals, etc.

If you can post high resolution, clear, pictures of both sides of the card, we can see if using the onboard buffer would be possible.

Hi Res you got it.

I maxed out for the month on my typical picture service so pardon the links.

Hmm, I am not finding any info on the Datel/Raw Science chip http://www.datel.co.uk/ or at the US site they have a link for

I am thinking remove the gate crasher chip, wire the 18 pins out, start writing some code.

ok thanks, gonna have to read up some on things like this though.

There are some reader PS2 Memory Card to save data to the PC. PS1 is in the one called DexDrive.