How do I connect them? Can I just solder a row of pins like the ones below to the end of the mini and connect the USB adaptor to them? Will the auto-reset work?

Yes. Ext Reset goes to the GRN pin, that is the DTR signal that connects via capacitor to the Reset pin in the '328.

It's a bit confusing because the (TX/RX) pins are duplicated along the side of the Arduino and there's no place where all pins are labelled the same on both boards.

Also ... the pins at the end of the Arduino are reversed with respect to the USB-to-serial adaptor. I guess you have to flip it over when you connect it (hope I remember!)

When I wrote that I was looking at the image on arduino.cc and it's not the same as the real board:

I'm guessing that's a prototype or something. If I line that image up with the image of the adapter I get this:

Now you see why I'm confused!

Fungus, how do you solved this question?

It appears Crossroads' image shows the adapter connected the wrong way. The pin designations visible on his photo do not correspond! The board should be flipped.

I don't know how that one got through the keeper! 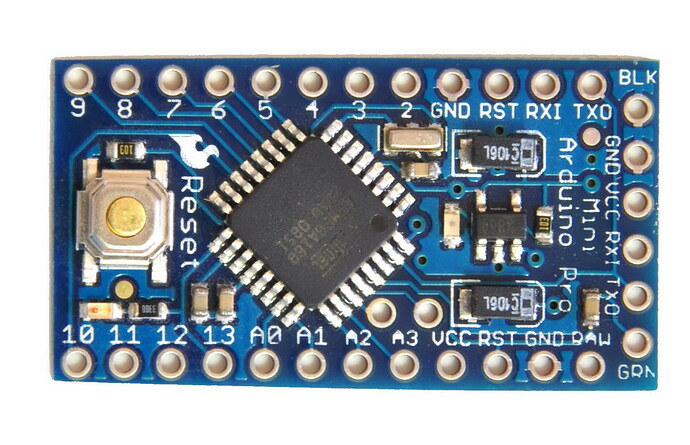 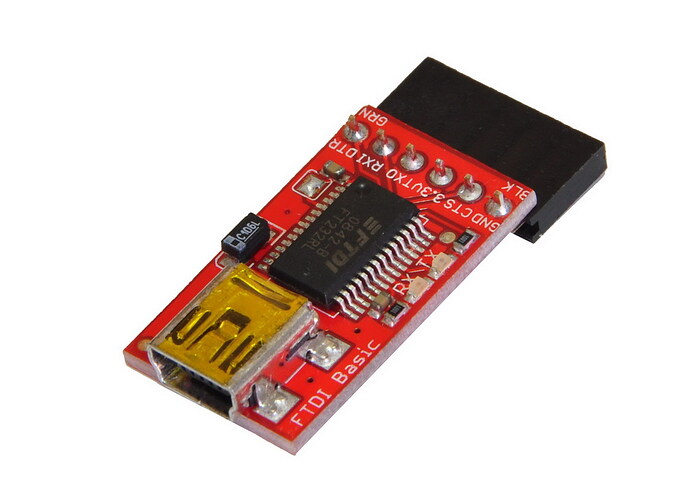 CrossRoads:
They are definitely lined up correctly for the hardware I show.

A fascinating lesson. I will have to research it more. It seems the sparkfun board - as illustrated on their website and the Arduino site - has the connections in one direction, and all the clones have them in the opposite direction. Now I wonder from where that pattern originated?

I bought several of these
http://www.tinyosshop.com/index.php?route=product/product&product_id=600
They also install as shown. So not allclones are opposite.

CrossRoads:
I bought several of these
They also install as shown. So not all clones are opposite.

Ah no, I was not referring to the clones of the FTDI board - I haven't actually used them as such, original or clones, rather the CP2102 modules which generally have a different pinout entirely and can be troublesome in regard to providing the RTS function - but to clones of the Pro Mini of which I cannot identify any that do not have the connections "flipped" from the sparkfun original. Only about half a dozen varieties, presumably most (particularly of the first few variants) would appear to come from the same factory. 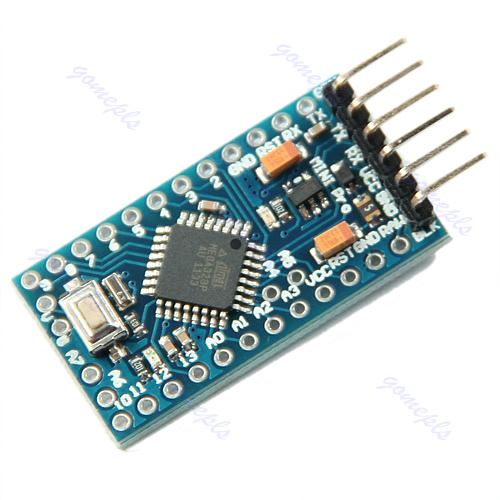 New version has ISP, lettering only on back: 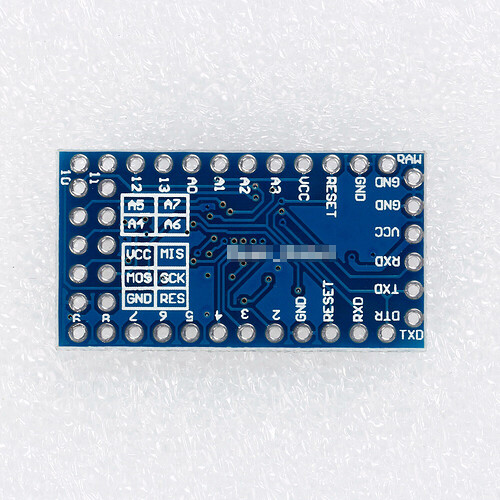 I keep a small supply of various sizes on hand for projects.

Oh yes, I have been acquiring jumpers and the rainbow version (frequently difficult to arrange the colours to make real sense) and two, three, four, five and six-way "DuPont" housings - in lots of 100 from the cheaper suppliers - and making adaptors.

The CP2102 boards generally have pins, as do all sorts of other "breakouts" and the "Mini"s, so mostly female-to-female but of course, you need the males for breadboards.

Paul__B:
Oh yes, I have been acquiring jumpers and the rainbow version (frequently difficult to arrange the colours to make real sense) and two, three, four, five and six-way "DuPont" housings - in lots of 100 from the cheaper suppliers - and making adaptors.

I tend to be particular about wire color, and length, so I have started making my own cables using stranded wire and crimp cable ends. Here is a post I listed the various bits and pieces: Stranded Wire + Breadboards - #12 by MichaelMeissner - General Electronics - Arduino Forum