I'm having problems getting a minimal working circuit with a 433 MHz Receiver and Transmitter to communicate properly. Right now I'm failing on the receiver side, so I'm not entirely sure of the transmitter side. I've read several online tutorials, but I'm failing at the very first step. I cannot get any response on the receiver board.

Wiring is according to several online examples (e.g.: 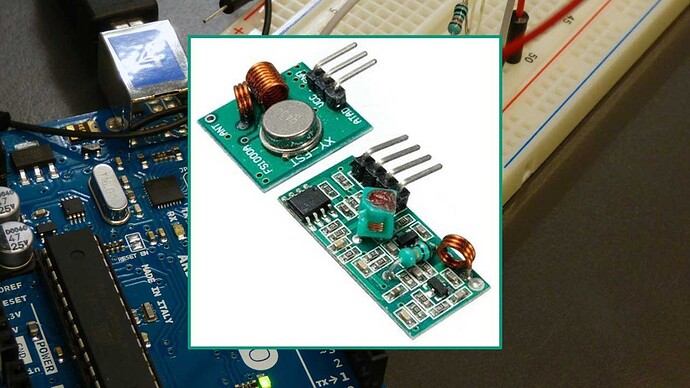 This post aims to be a complete guide for the popular RF 433MHz Transmitter/Receiver module. I’ll explain how it works, show some features and share an Arduino project example with code and schematics that you can take and apply to your own projects. 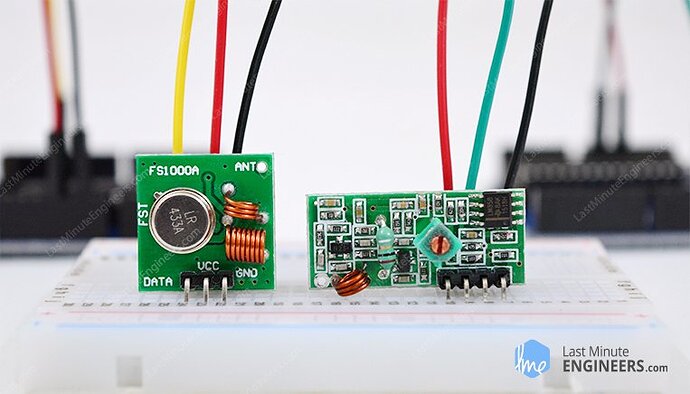 Example wiring, I also tried the receiver on the arduino end. 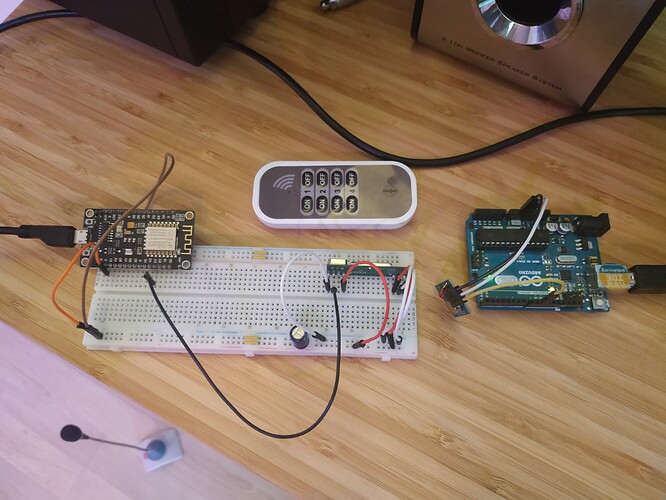 My problem is, that the receiver data seems not to be recognized by the board. If I connect the Data pin from the receiver module to an interrupt pin, no response is seen on the serial monitor. But when I connect the data line to an Analog Input, I get readings that look like an active data line.

Also I have an commercial RC-Remote (InterTechno ITS-10) lying around and the receiver seems to get some signal. The signal I'm getting on the analog input changes, when I press buttons on the RC-Remote, followed by a longer period of low values. Like the receiver is waiting for the next data. And it changes again, if I press the button again.

I don't think it is an issue from damaged or wrong hardware, as I connected different 433 MHz receivers to an Arduino Uno, or different EPS8266 (NodeMCU V3) boards with the same results overall.

For the pins on the receiver data line, I tried both Interrupt Pins on the Arduino Uno (2&3), and all Pins on the ESP8266.

For the obvious question, I tried soldering an antenna to the boards, but this did not change the overall behavior.