sugestion on where to buy transformer?

Im looking for a somewhat special transformer for a project, and digikey where I usually get special components doesn't have wjat im looking for
I need a 120/240v primary so dual primary and like 330v output, not much amperage tho maybe 500ma would work
any suggestions where to look?

You might be able to get one from an old valve radio which used around 300 volts as the HT supply. However 500mA is unlikely from such a source as that suggests around 150 watts. Come to think of it, perhaps a valve PA amplifier might yield a suitable unit. There may well be "heater" windings of around 6.3volts but you can either ignore them or use them to power LV equipment.

I didn't notice any pricing on that page, and it does seem to be lacking the va I need, although 500ma is an estimated max, I wont know for sure till its all up and running

How hard do you think it would be to wind my own toroidial that can handle that? I have plenty of cores so that would save some cash

I bought a huge toroidal transformer - huge! - to make a 4-output tube guitar amp.
I think you would find it difficult to do that yourself.
I'll try and look up its part number, see where I got it from. Might have been an e-bay purchase. 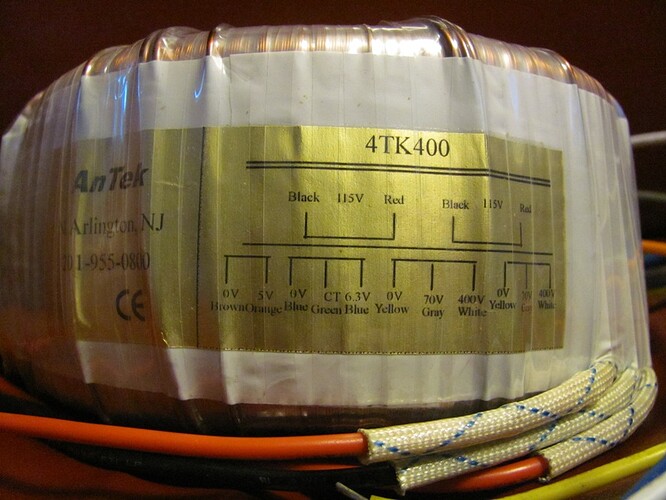 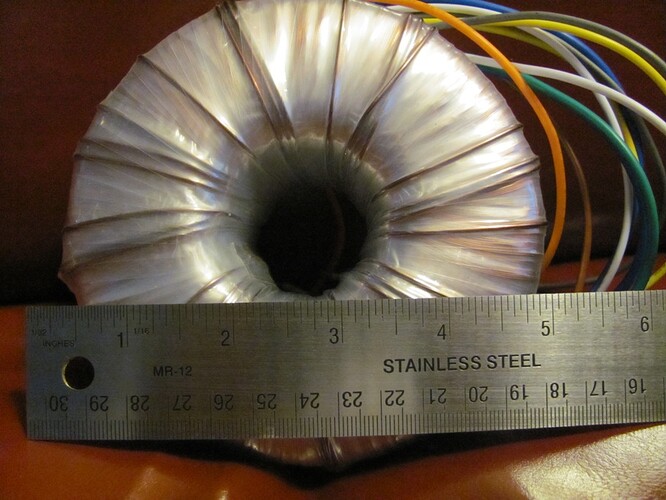 That's a healthy sized transformer lol, didn't realize how big it would be for what I need, thought half the size maybe
40$ isn't too bad tho, it'd be exactly what I need, unless they made a 120vac to 500vdc boost converter then id be sold 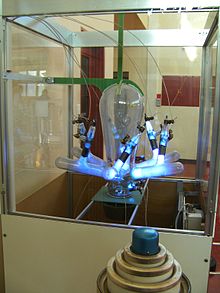 A mercury-arc valve or mercury-vapor rectifier or (UK) mercury-arc rectifier is a type of electrical rectifier used for converting high-voltage or high-current alternating current (AC) into direct current (DC). It is a type of cold cathode gas-filled tube, but is unusual in that the cathode, instead of being solid, is made from a pool of liquid mercury and is therefore self-restoring. As a result mercury-arc valves, when used as intended, are far more robust and durable and can carry much h Inven...

Naah, you can buy a 2A 1KV PIV diode for $.60 - $.90 same size as a iN5822. Lotsa years ago I worked in the television repair business... They were called R1000's But they are available today, 2A 1000 Piv diodes, just like we used first in transformer operated and later full wave voltage doublers (Direct Mains operated) in a standard DO204 case... I just went and did some snooping and here is what I found, A 1N5408 is a 3A 1KV Piv diode that should fill all your specifications easily @ $.10 Ea. From Digikey.
Here is the Link to the catalog pagehttp://www.digikey.com/product-search/en/discrete-semiconductor-products/diodes-rectifiers-single/1376383/page/14 and the three transformer idea will work But phasing is rough... getting the transformers all connected in phase with each other both primaries and secondaries.

I already happen to have a 600v 2 amp full bridge rectifier, and a bunch of caps that'll handle that so rectifying isn't my problem, although that valve thing looks pretty cool
I figure a 330v transformer would put out a little more than 330v when its not loaded so when its rectfied and smoothed ill be aaround 500v no load and 460v with the 500ma load
out of curiousity how would you find out the phasing? Would you have to oscope the winding to find out or is there something easier? I happen to have a transformer with like 4 secondaries, so for experiments sake I wanna try that out

Phasing really isn't a major issue PROVIDED that the windings are wired in series configuration. If you intend to connect windings in parallel then phasing is a MAJOR issue.

Every winding has a start (S) and an end (E). When connecting windings 1 and 2 in series your start point is S1, you connect E1 to S2 and your end point is E2. It matters not whether the windings produce the same voltage, the output is the vector sum of winding 1 plus 2.

If you have wired one of the windings in opposite phase, say E1 connected to E2, with the output across S1 and S2, the resultant is the vector sum of 1 minus 2

The same rules apply when using a primary winding in series with a secondary. There is inevitably a phase SHIFT (rather than reversal) which could be anywhere between zero and 30 degrees or so, between primary and secondary but the resultant is always the vector sum of the windings.

The best way to tell if two windings are safe to parallel is connect they together at one end only, then place an AC voltmeter between the other two leads - if it doesn't read 0V when the transformer is powered up they aren't matched windings (ie either wrong way round or different number of turns). If it does read 0V then measure the AC current between those ends - it should be a lot smaller than the windings are rated for (about 0 in fact!). If the current is appreciable then the windings aren't quite matched which will lead to some losses.

This method has the advantage that you can't make a silly mistake with signs - you've already connected once, and you measure the voltage between the other ends you were hoping to short together - if its not tiny somethings wrong and you don't risk blowing the fuse on the ammeter.

Well said Sir. It is easy to make a phasing mistake, Very easy because all the primary start windings must be one side of the line and the finish windings be the other line connection but the secondaries must be connected series aiding as reversing a primary winding is the same as a secondary winding reversed.