I have a question about the AB cable input for arduino uno. Can I power the arduino with the cable but double the current of the cable? Here is what I'm trying to do: click on Circuit on the website. http://www.ardumotive.com/new-cnc-plotter.html

USB power is negotiated between the host and the device. It will only supply power less than the lower limit of either end.

As far as I know, the Uno is not capable of this negotiation. Therefore it gets only the minimum specified by the USB standard. Any computer USB port will limit what it gives the Arduino. A simple charger won't be limited. A cheap phone charger may deliver the current you require.

Some devices have two USB cables so they can draw the maximum current from two ports. This is rare and I suspect it is difficult to do correctly.

If you are using this much power from the Uno 5V rail then you are doing something wrong. Please show us a schematic of your circuit, not someone else's. A pencil sketch photographed with a phone is acceptable.

Another question and trying to be clearer for what im saying. So my question is how much amps can you put into the arduinos USB AB cable port? I would like to put 5v into the AB cable port with 1amp of power. Will that break my arduino? Can i do that? What will happen?

The cable can take Amps but the PC USB port is limited in its current capability. If you need more current, use an external supply.

Does anyone know if I can power my arduino uno like this with a USB AB cable instead of the micro usb at the end? (See the pic) If I did this the power would be 5v 1a. Can the arduino handle this much amps in the USB port for the AB cable? 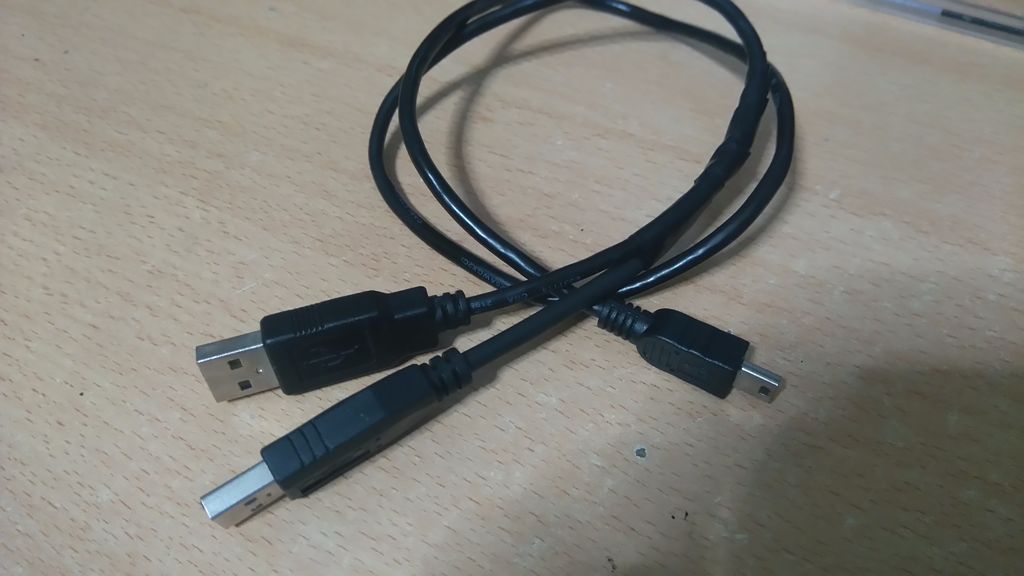 Sure - except for the 500mA rated PTC polyfuse between the USB connector and the 5V bus on the board.

An UNO board typically has a printer-type USB port connector, which already matches up with a USB "A to B" cable connector.

I see. Sure you can. The arduino board will just draw as much current as it 'requires'.

A power rating value (such as 5V DC, 1 Amp) doesn't mean that the arduino is going to get injected with 1 Amp permanently. That value just means that the highest amount of current that should be allowed to flow through that cable should be around 1 Amp. The cable can handle much more than 1 Amp. It is the maximum power handling of a power source (in this case the USB power source) that has the limit..... the constraint. If it tries to pump out more power, then it can struggle, or just stop working for a while.

It's like some kind of recommended highest revolution per minute value that a manufacturer tells you about for your car..... they say 'don't rev the car to over X-thousand RPM' .. or at least don't do it continuously, or else it could fail to work properly.

I wonder how two 500mA USB, add up to 1A. I'd say somewhere along the line, one polyfuse is not exactly the same as the next, so one fuse pops first, then massive overload pops the second. How much does it take to permanently pop a polyfuse? Are your 5V USB from the same regulator or a regulator for each USB. I'd say bad practice. Bad cable.

I know this is a common question but I still can't find the right answer. How many amps can arduino handle in total? Will a +5v 2a max charger work because that's what I'm going to use if I can.

Spankyty: Yes there are two male USBs to make the amps 1a instead of 500mA

That is what the two plugs are for. But you are neglecting the fact that the Arduino CANNOT take 1 amp.

You DO NOT need 1 amp to power an Arduino.

If you are trying to power some peripheral (perhaps a motor) that needs more that 500mA then you SHOULD NOT draw that power THROUGH the Arduino. You should not power anything requiring more than about 200mA from the Arduino 5v pin.

Amps don’t get “pushed” by the power source, they get “pulled” by the Uno. Your 2A source will not force those amps on the Uno.

@JimboZA so if I use a 2 amp power supply only some will go onto my arduino? Would that be safe?

This is what I’m trying to do. All I need to do is figure out the power. If anyone can help please do because i don’t want to ask too many questions in this forum.

You can use a 2A or a 200A power supply. The Arduino won't care. It will just take what it needs. The important thing is to have more than the minimum amps.

What you don't want to do is use a supply with a too-high voltage. It is volts that "push" the amps. I suggest you study Ohm's law - it's pretty much essential for understanding electricity.

I assume you have read Reply #12 carefully. In my opiniom you should NOT be powering your Mini CNC Plotter from a USB port. You should give it a separate power supply.