My project team is working on a peddle powered 12 V Battery charger. Power is generated from a low rpm alternator. At this point I am leaning to using analog 3-ph rectification W/Cap but since it will be a constantly variable output this will be a bit tricky. I was wondering if anyone has any advice for using an arduino for PWM of a controlled rectifier/regulator maintaining out put voltages between 13.5-14.5 V. the output curves of the alternator is posted below. We estimate Rpms to range mostly between 500-1000 via a belt system, but may may fluctuate up or down depending on the peddlers enthusiasm/exhaustion level.

A few of my classmates built a hand held I-V curve tracer for PV panels using an arduino and I have been itching for an excuse to use one one in a project. Mind you this will be my first attempt at using any micro-controller but I am excited to get the chance to learn how.
Any advice would be helpfull.
Thanks 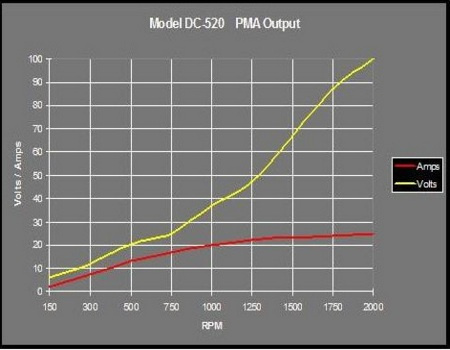 I know zip about the electronics of that, but from a mechanical pov, maybe you could stabilise the RPMs with a flywheel?

Thought about that but the weight and space limitations make it prohibitive. It needs to remain a bike, able to travel to the next location. 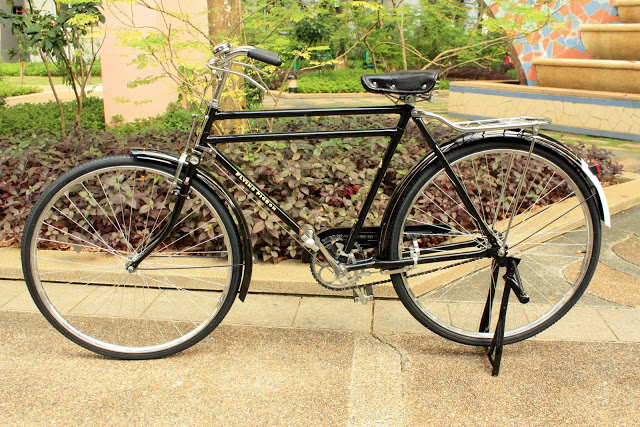 Ah, you didn't actually say it was a bike, just that it was pedal powered 8)

From that pic it looks like it's not got gears that can be changed? Most cyclists settle on a cadence (pedal rpm) that suits them, and use the gears so that they get that cadence under various conditions of terrain and fatigue. If you had that, and you put the alternator on the pedalling side of the system as opposed to the road wheel, you could get a sort-of-stable RPM.... but as I say, not sure if your bike can change gear.

Oh sorry about that. We have the drive system designed since it is a single speed we are modifying the back wheel by mounting a smaller diameter rim to the to get the gearing ration desired. We are more concerned with how best to rectify and regulate voltages as the fluctuate especially they drop or rise above 13.5 - 14.5 V.

Here are some of the links

Voltage Boosters
A simple regulated DC-DC booster for up to 60V 1/4W. It uses no special ICs, just basic
components and two pins from the Arduino.
http://www.arduino.cc/playground/Main/RegulatedPositiveVoltageBooster 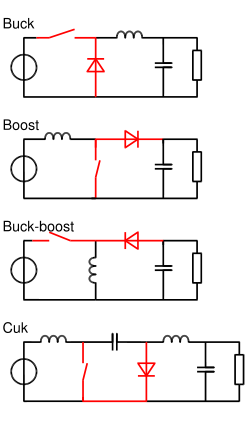 The single-ended primary-inductor converter (SEPIC) is a type of DC/DC converter that allows the electrical potential (voltage) at its output to be greater than, less than, or equal to that at its input. The output of the SEPIC is controlled by the duty cycle of the control switch (S1). A SEPIC is essentially a boost converter followed by an inverted buck-boost converter, therefore it is similar to a traditional buck-boost converter, but has advantages of having non-inverted output (the output h...

Its a low rpm alternator. I can by the rectifier but the task before me is to build one.
http://www.waterwheelplace.com/low_rpm_alternators.html

If the battery can take the maximum output current you expect to get from the alternator (when it is not already fully charged), then the simple solution is just to wire the alternator through a 3-phase rectifier (no capacitor) to the battery, measure the charging voltage, and when it reaches the target voltage light a "charge full" warning to tell the user to stop pedalling.

The more complex solution is to use a 3-phase rectifier, capacitor and step-down switching regulator comprising a mosfet, diode, inductor and control circuitry. There are a number of chips you use for the control circuitry, ranging from the ancient 78S40 to more modern types. The tricky part is designing the inductor. You only need a step-down regulator (not step-up), because the alternator produces more than 12v at the RPMs you mentioned.

The more complex solution is to use a 3-phase rectifier, capacitor and step-down switching regulator comprising a mosfet, diode, inductor and control circuitry.

As I have been reading this is what I have been leaning toward. Unfortunately since this is for an power system conversions class complex is what is required.

Thank you all for the help

can someone point me to an example of some switching code for this?