I need code samples of a Wall Following Robot using PID, with ultrasonic sensors. Or maybe some bibliography for studyng. Please 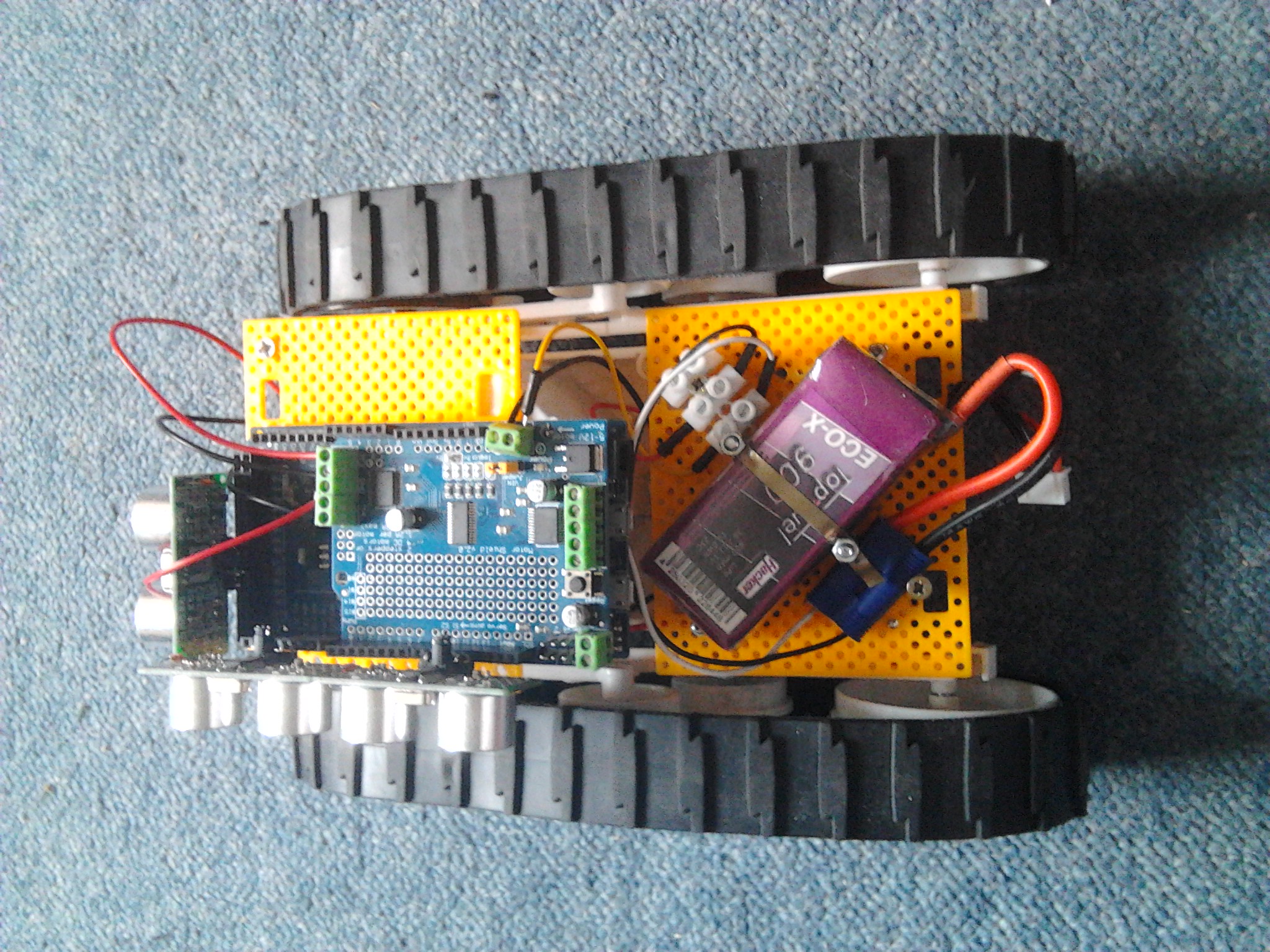 My original task was "drive parallel in a given distance to wall". A PID controller for this (I have only done one simple PID before) would have 2 inputs (sideway distances measured) and 2 outputs (PWM signals for left and right motor.

I plan to have only one output value and interpret it as offset of the speed PWM values:

This should eleminiate one output dimension.

Just today I relaxed my plan and modified the task to "drive parallel in a given distance to wall". That way I can reduce to just one input value, difference of front and back sideways distances.

So with these modifications a simple 1 input 1 ouput PID could be used. This PID should fix easily, if caterpillar robot does drive a curve with both motors getting same PWM value – we will see.

It seems to me that the problem relaxation should better do than the original problem, since I only want to run robot(s) at maximal speed for measuring of that maximal speed. And that should be independent of the used distance to the wall [as long as the distance will not get too close to 0 ;-)].

P.S:
These are other robots that should be able to run the exact same code as the caterpillar robot: 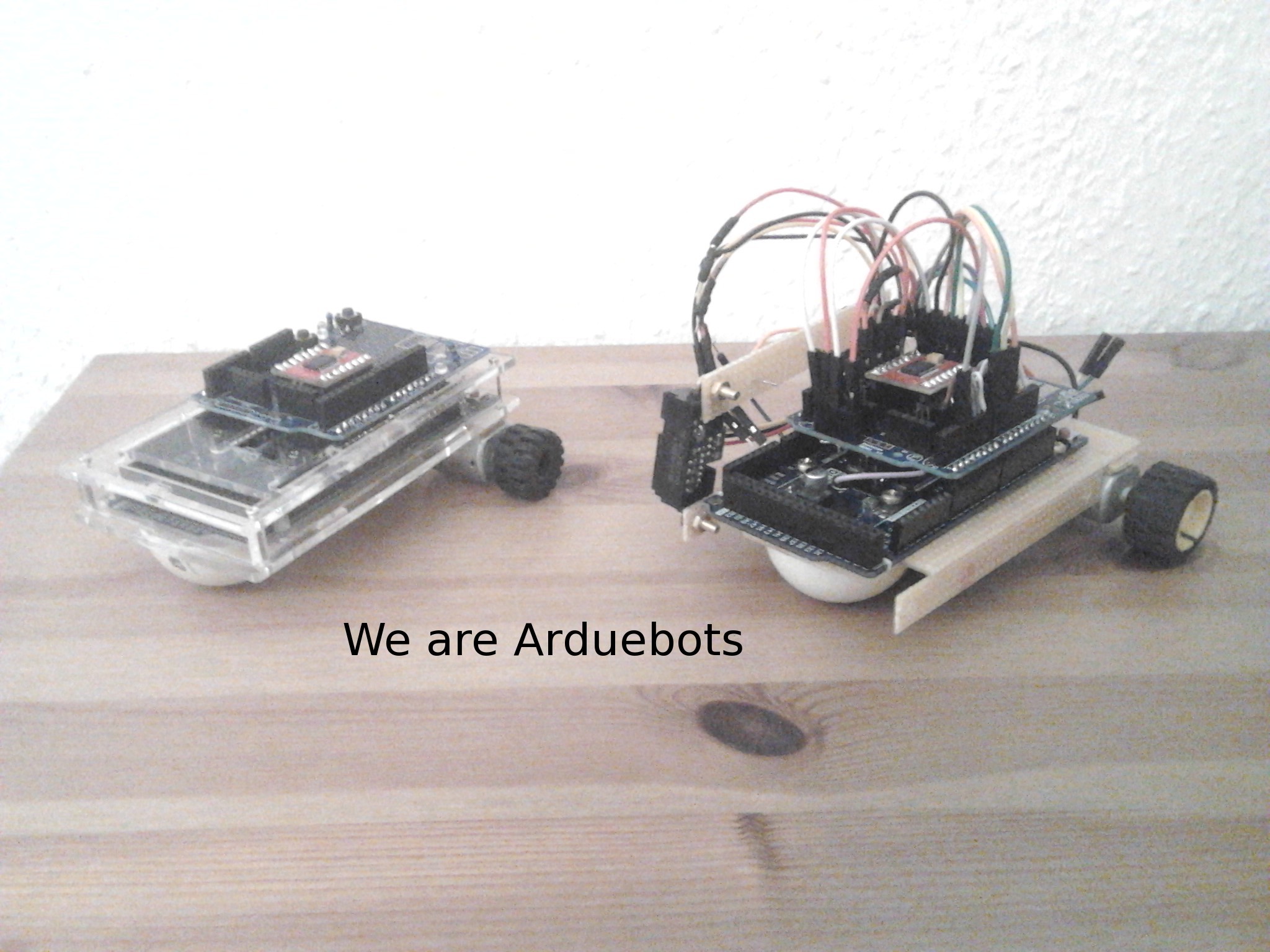