Im trying to get my pc to send information to my lcd screen using smarties program i have spent hours trying and fail as i am super new to arduino and spend all day trying so was wondering if anyone could help me out with some code ?

also due to my inexperience i seem to have purchased a fake arduino..... [u]Leonardo Pro Micro ATmega32U4 Arduino IDE 1.0.3 Bootloader replace Mini[/u] here is a picture of it sorry about quality was taken with mobile i have since purchased a real arduino uno and as im waiting for delivery i thought i could mess round with this fake one in the meantime.

i have used this schismatic to connect lcd to fake arduino iv loaded examples like hello world and it all works perfectly i just cant get it to talk to my smarties.

if anyone could help me i would really appreciate it. thanks :)

I googled SMARTIE and all I got was Candie. I need a link to find out what your talking about. About the TinyRTC, look at this post: http://forum.arduino.cc/index.php?topic=177297.0

the picture with the TinyRTC, in it was to show the fake arduino. (that is next to the rtc) im not using the rtc jus want to connect lcd to smarties. iv tried code i found online but some dont work and some bring up errors and as im new im struggling to config the code correctly so was just asking for some help on coding

I googled SMARTIE and all I got was Candie. I need a link to find out what your talking about.

this is what iv got so far but i have a problem with it. screen is blank.when i start smarties 3 letters come on the screen at the start GEE followed by the text i send to the lcd. cant seem to er rid of the GEE

Pete, I still don't know what "SMARTIES" is. Like I said , I googled it and all I found was candy..

I still don't know what "SMARTIES" is. Like I said , I googled it and all I found was candy..

I don’t know anything about LCD Smartie (other than it’s correct name) but I do know about LCD programming.

There is no basic difference in dealing with a 16x2 compared to a 20x4. The code will be almost identical, the only difference being the part that deals with where you put the characters.

If you use code designed for a 16x2 on a 20x4 your messages will appear on the first and third rows but they will be entirely visible.

If you go the other way, using code designed for a 20x4 on a 16x2 some or all of the message characters may not show up since only 32 of the 80 memory addresses actually correspond to the 16x2 screen locations. As long as you stick to using the first 16 characters on row 1 you should be completely OK with swapping the code back and forth.

For all the gory details follow the LCD Addressing link at http://web.alfredstate.edu/weimandn.

iv loaded examples like hello world and it all works perfectly i just cant get it to talk to my smarties.

Are you saying that the Arduino/LCD portion "works perfectly"? When you run the code you've shown and open a serial monitor, does the proper text show up on the LCD?

Which code? The LCD Smartie code? I don't use Smartie but it looks like the Set Up GUI includes an input box for the LCD configuration.

I'm not sure what your real question is. Are you asking how to configure LCD Smartie in serial mode?

For all the gory details follow the LCD Addressing link at http://web.alfredstate.edu/weimandn.

You better grab a cup of coffee before you do that…

I found LCD SMARTIES. It’s an SW for LCD/VFDs ;
http://lcdsmartie.sourceforge.net/shots.htm
They’re working on a USB/lcd HW adaptor for their software.
Here’s a sneak peek: 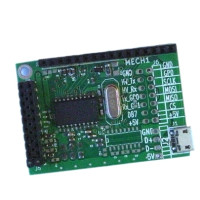 Help us to produce an LCD Smartie official USB to LCD interface module. The device supports all character LCD module sizes from 1x8 to 4x40. | Check out 'LCD SMARTIE Hardware' on Indiegogo.

cant seem to er rid of the GEE

Hoi Pete, i know SMARTIE from the beginnings, also all the other SW like LCDHype or jaLCDs http://www.jalcds.de/files/[/b] - they all work fine with most all kinds of displays, incl. TFT, VFD etc. Both sides are offline now, but some pics can be found still here: http://www.google.de/imgres?imgurl=http://www.ocinside.de/assets/lcd_display/jalcds_config_9.gif&imgrefurl=http://www.ocinside.de/html/lcd_display/lcd_display_jalcds_config_d.html&h=654&w=689&sz=25&tbnid=RDl5Hi7DR3lVnM:&tbnh=90&tbnw=95&zoom=1&usg=__pZ3qLd711qbX1y-NrWakKJ_pfzs%3D&docid=bUZ6Ju8tbiiXZM&sa=X&ei=0Mb0UqL5NcKhtAbkiICgDg&ved=0CD4Q9QEwAQ&dur=1804

The HD44780 part is the easiest - but i really dont know what you want ? Try to connect the LCD (as written) to a PC ? Only possible with REAL LPTport (in case of BitBanging Ecnhilada) or SerialPort. (and, btw, then this is the wrong forum :D )

@Chewbacca: SMARTIES are candys (its a brand of a sweets company), but, as Floresta wrote, LCD Smartie is the real name.

Thanks YODA, What would I do without you... (as you can see I already found the candy and the display but better late than never...

OK i can see i am not going to get help on this forum. getting the piss taken out of me for a typo error
and replying with stupid comments trying to make me feel stupid.i did mention im super new hence im not a qualified engineer .anyway i now have it working thanks to a different forum. all it tuck was a nice experienced user 2 minutes of his time to write a bit of code for me.and because he did im sending him a bunch of lcd’s to him as a thank you

getting the piss taken out of me for a typo error

Does anybody know what he is referring to ?

That's funny, when he went to the LCD Smarties forum he seemed to be more forthcoming with information.... http://forums.lcdsmartie.org/viewtopic.php?t=3506

You’d be doing a service to others if you provided an explanation of how you fixed your problems. Include the code that solved the issue.

getting the piss taken out of me for a typo error

That's not all that needs explaining...

Besides his original post, the OP posted Reply #2, & Reply #4, and then nothing until he complains he was treated unfairly in Reply #12. No attempt was made to answer any questions about the actual issue, or even to explain what he meant by "Smartie". While he might say I was harsh to ask him to answer the questions, it still doesn't explain what he's complaining about with the "typo error".

not even this he is able to do by himself :sleeping:

raschemmel: That's funny, when he went to the LCD Smarties forum he seemed to be more forthcoming with information...

Well, let's see. As I read it, the "Smartie" is or was proposed to be "open source" but I cannot find on the site any reference to its code (except in a "secret" forum) or schematic. Since there is no photograph of it with sufficient clarity to discern the chip, I do not know what chip it uses, but presume it is a USB PIC.

It apparently is in fact a USB to LCD interface, so has no connection whatsoever with Arduino in itself. As best as I can figure, pete1886 seems to imagine that the code he cites for the Arduino in some way approximates to the firmware of the "Smartie" which sounds rather improbable as the "Smartie" implements many more functions such as software control of the contrast setting and backlight which require an "intelligent" command language rather than raw data fed to the LCD. So we are at a loss as to from where he got that code, and why he would imagine that the (rather complex) PC software for the "Smartie" hardware would somehow work with it.

So he made one post to the "Smartie" forum and - contrary to our expectations here - has been engaged by a benefactor in a "side-channel" discussion who has "set him straight". Somehow!

And it is fascinating to note that he has determined that the "Arduino" he has purchased is a fake, and wishes now to obtain a genuine one, but not out of ethical fairness for the Arduino project, instead imagining that the genuine article will work somehow differently to the "fake" though he has just demonstrated that it is perfectly functional!

not even this he is able to do by himself :sleeping:

There is no mention of any arduino in his post on the LCD Smarties forum. Just PC, LCD and a printer cable and LCD Smarties SW. (The HW is still is not released yet).

Link to his post on LCD SMARTIE FORUM: http://forums.lcdsmartie.org/viewtopic.php?t=3506

able this not even he is by himself to do