I just wrote an article on making an Arduino compatible board using Silicon Labs' CP210x instead of FTDI's FT232RL for USB to UART communication. You can find more details here: 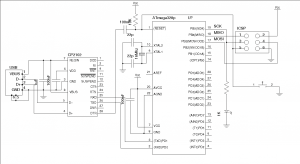 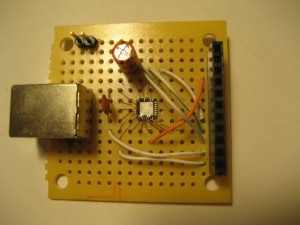 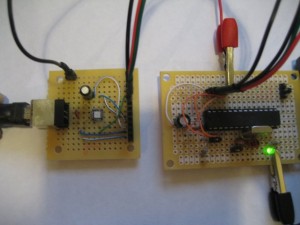 It is compatible with the Arduino environment!

Cool! Looks like a HUGE pain to solder though. If you took it off of the Perfboard, I'd think it was an IC without the case :O.

Well... it's actually not bad. All you need is really is just a steady hand (an eye loupe might help too). :)

I suppose a good soldering iron would help too. For now I'm stuck with my RadioShack POS that looks like a phaser from Star Trek hahaha ;D

[edit]Here it is :P. I was surprised they still made it![/edit]

Here it is . I was surprised they still made it!

Ohh yeah.. they still carry all kinds of old stuff. My store has parts in the drawer with the old 80's style "bubble" lettering. ;D

Wow, true ninja style soldering. I don't think I would be able to pull that of :D.

I can't believe there's someone who actually uses one of those! At one time I owned one, and when I got rid of it, I wondered if I had been drinking when I bought it!

Color me surprised that they are still selling it, too!