Hi Friends!
I'm new here, altough I completted a couple of simple aduino projects in the past. I have a new plan, and I need help.
I'm a guitarist, and currently use a Line 6 Pod HD500X. Today, close to 60 my eyes not too sharp, I can't see the patch names correctly in live situation.
My plan is to make an arduino based midi display with a VFD display. When I stomp on a footswitch, I want to see the pre programmed text (the same patch name, as on POD) on VFD. So the data flow is as follows: POD midi out -> Arduino Midi shield -> Arduino -> VFD. I'd like to use a Samsung 16LFO1UA3 REVD, or similar. I digged a lot, if anybody had the same project yet, but I didnt find any. This can be useful in any multifx or pedalboard environment. I want exactly this: SIMI™ .:. Modular MIDI PedalBoard LED Alphanumeric Display .:. by Molten Voltage .:. Custom Messages in other physical dimensions, and appearance. So I would appreciate any ideas. Thanks in advance.
Andras

One modern equivalent of VFD displays (Vacuum fluorescent displays) is LCD.
Have a look at the 1602 display . You dont need special chips to drive it. 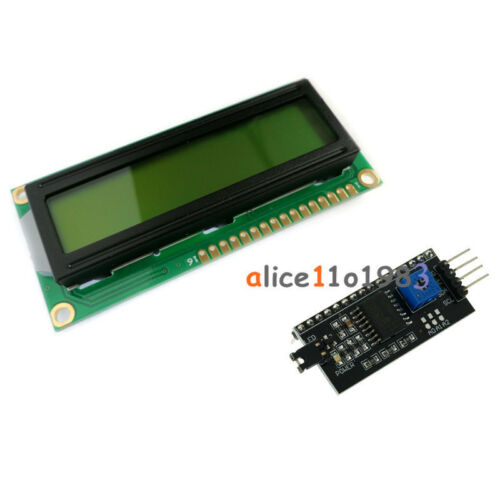 You're right 6v6gt (nice nick, altough I' an EL34 man), but I have two amps with such a VFD in their foot controller, and they are far brighter, and more visible (almost 1.5 cm high characters) than any LCD-s. As I know, the VFD, I mentioned has direct serial interface, maybe some videos on youtube. There are 8 character alphanumeric led displays too, but there are too expensive. BUT, the display side is one thing, I'm not clear nor the midi side now.

According this site: GitHub - DnaX/Samsung_16LF01_VFD: Arduino driver library for the Samsung 16LF01 series 16-segments VFD I'm almost there on the display side.

OK. I'm pleased the display is no longer an issue for you.
That beam tetrode was a key component of my first 'big' electronics project.
I'm afraid I'm of my depth with interfacing an Arduino to a midi pedal board device, but I guess you might get somewhere looking at this: DIY MIDI Footswitch Controller

I think, this is the opposed side of the thing I need. In this case arduino sends out midi messages to a device, but I want to make arduino display text triggered by an other midi devices message.

If you build a standard MIDI In circuit (plus Thru if you need it) then reading the PC messages from the Line 6 is easy.

Most Arduino examples will either send CC and PC messages (to make controllers) or receive Note On/Off (to make mini synths). But if you have a look at e.g. Libre Arts - Home that currently deals with Note On/Off but it can be changed to read PC messages instead by changing a code or two. Then just look up the message you want and display it.

Thanks Guys!
I have an uno at home, I'll collect the display and the shield, and give them a try. There is a a few things, whitch are not clear, but I'm getting closer. If anybody has ideas, please share. It would be nice to preprogram messages (patch names) with a few pushbutton, without using computer