I just got an ethernet shield card and tried out some of the examples, after modifying the IP addresses appropriately... nothing worked :(

I did some digging with tcpdump: the board was in my laptop's ARP cache but I was getting a TCP reset for any connection request, even to server ports that should have been open. The board did respond to pings though.

I also noticed that the ethernet chip was getting hotter than I'd expect it to; looking more closely, there was a solder bridge between the MOSI and MISO pins on the ethernet package itself (confirmed as a dead short on pins 11 & 12 on the motherboard connector with a meter when the board was unplugged from the duemilanove).

I do a lot of SMT rework so I'm going to take the board into work and clean it up, but possibly whatever test is run on these boards before they get sent out to customers (maybe just a simple ping?) just so happens to also work if MISO and MOSI are shorted - maybe the testing needs some improvement?

Anyone else who has an ethernet shield that is tantalizingly close to working perfectly, take a close look at the soldering on the ethernet chip!

edit: some pics of the bridge 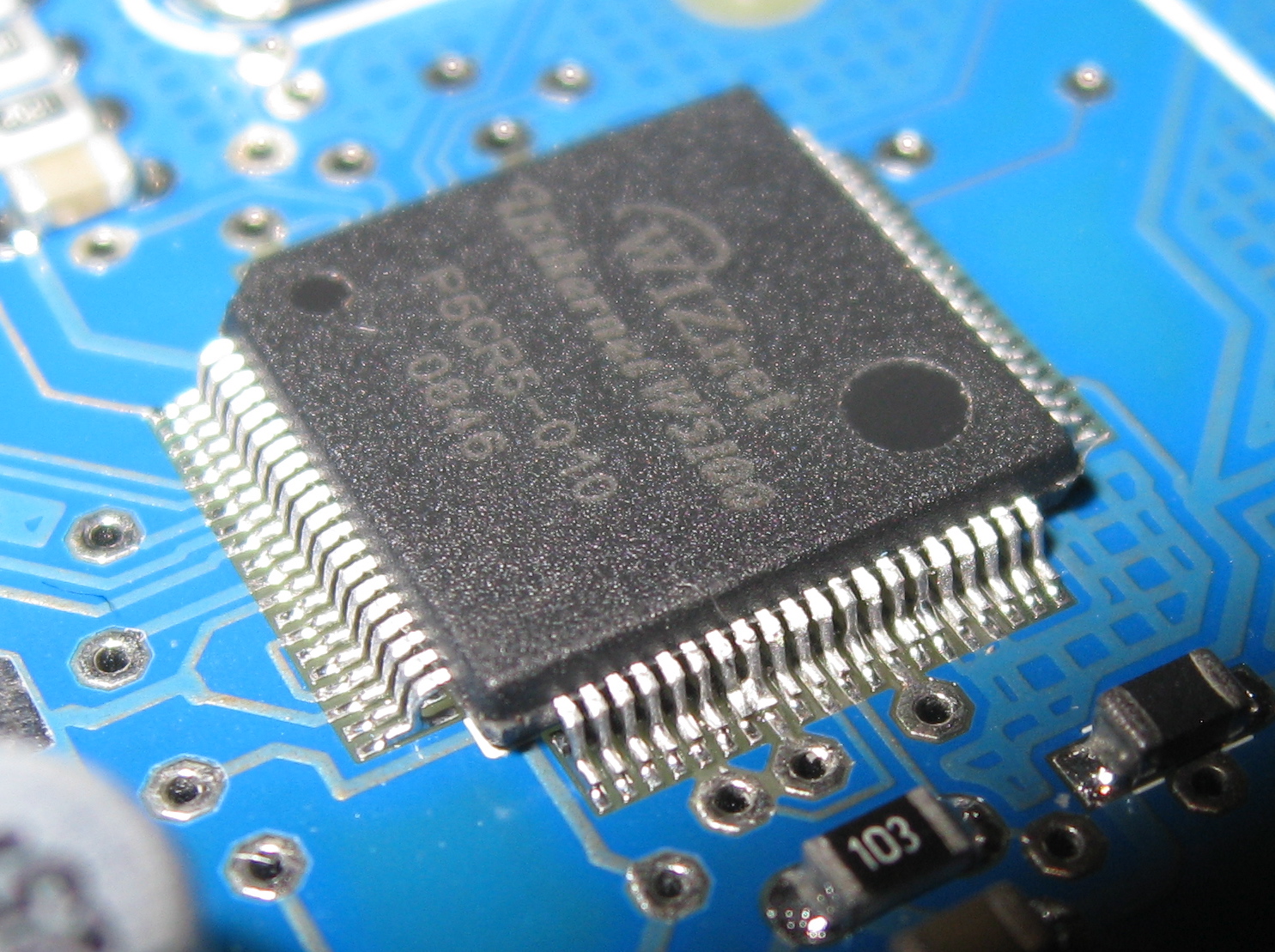 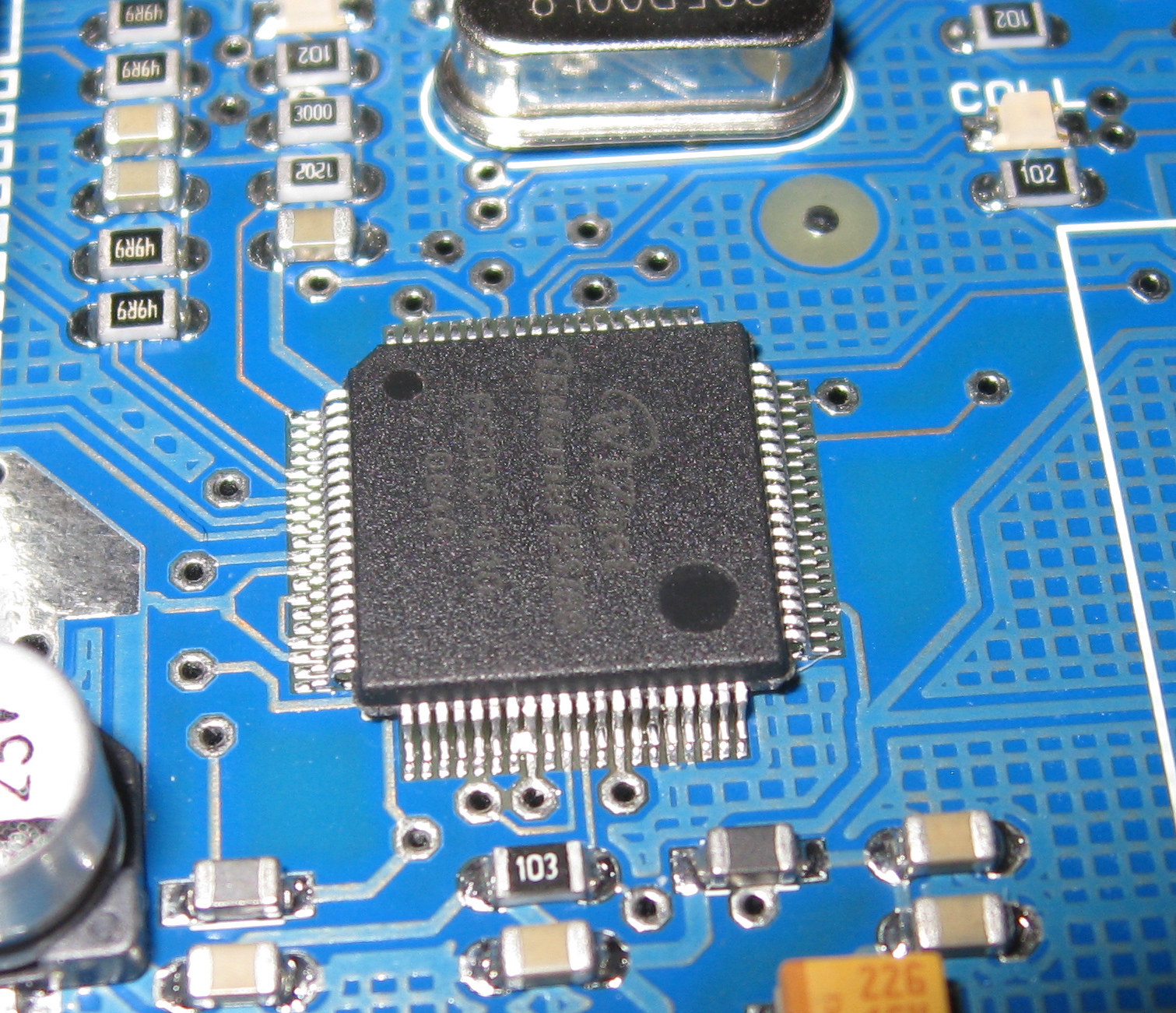 ....actually with the camera macro some other pins look a little suspect (5th and 6th in from the right... but they're both grounded so not a problem anyway)

What makes you think any electronics is tested prior to being shipped these days? :( I've seen the number of DOA consumer equipment go up quite a bit over time. Apparently it's cheaper to not test and just handle returns instead (or my favorite, not test and not handle returns).

Previous post (all all others by that user) is SPAM.