Nano every to a joystick

Hello ! iI tried to put the joystick libraries on the nano every, but I can't get it to work,
what am I doing wrong ?

Please post a link (using the chain links icon on the forum toolbar to make it clickable) to where you downloaded the joystick libraries from. Or if you installed it using Library Manger (Sketch > Include Library > Manage Libraries in the Arduino IDE or Libraries > Library Manager in the Arduino Web Editor) then say so and state the full name of the library. 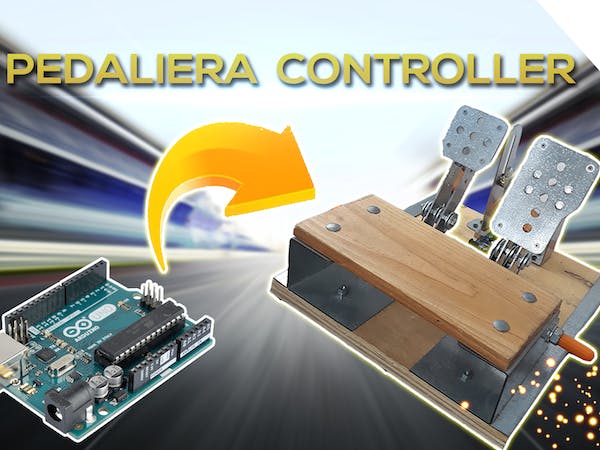 How to Create a Joystick Controller with Arduino

Hi everyone, in this article we're going to make and build a pedal board and a sequential gearbox with Arduino Uno, making it a joystick. By Ingeimaks Ingeimaks.

I know it's UNO, but isn't there any chance?

I have seen this Arduino NANO Arcade (joystick) from proto to final prints. - YouTube

I am a beginner but I would like to learn.
I want to get this result, I also took ADS1115 for 16bit (maybe I'll make a mod for the load pedal)
I am a simracing enthusiast, I apologize for the google english translator

This really is not a beginner project. Even the project using the Uno is not a beginner project. I would recommend you to get an Arduino board that has native USB capabilities like the Leonardo, Micro, Nano 33 IoT, or MKR Zero. That will make the job much easier because you can upload the joystick code directly to the primary microcontroller of the Arduino board, just like any sketch, and you won’t need to worry about trying to work with a USB to serial adapter chip.

If you are set on trying to play around with the ATSAMD11 chip on your Nano Every, you can check out these links:

so I took the wrong arduino for my project.
Another question before I buy a new arduino,
with the nano every it is not possible then to make a plug and play via usb without using a (v-usb) ??

What do you mean by "plug and play"?

in the sense, once the code has been written, I connect it to the PC via USB and you're done. it works like any joystick.

If you tell me that with nano every this can't be done then, why call it every?

exedian:
with the nano every it is not possible then to make a plug and play via usb without using a (v-usb) ??

I'm sure it is possible. It's just not a beginner project.

exedian:
If you tell me that with nano every this can't be done then, why call it every?

Why not call it "every"? It's just a random name. It doesn't have any specific meaning. I don't see that the name in any way promises that a beginner can use it to make a joystick. Now if they called it "Nano HID", then I think that would be a misleading name, since the average Arduino user would find it difficult to use the HID capabilities of the ATSAMD11.

OK, thank you ! yes in fact the name must not indicate anything

I want to add that with classic Nano it is not possible to use the 16u2 for HID as for Uno, because the Nano doesn't have the 16u2.

I can't believe that Arduino went to the effort of adding that USB capable chip, addressed it and then doesn't get it to support things like Keyboard.print, etc. The ability to provide power to other devices, etc. makes this a perfect fit for several projects I'm playing with. I've ordered a micro to try and the newer Every goes back in the box and on the shelf. I do see that it's not on the front page of the Arduino greeting and also seems to be getting less available from suppliers. Maybe it is quietly getting recalled. Sorry about that

lstoskopf:
I can't believe that Arduino went to the effort of adding that USB capable chip, addressed it and then doesn't get it to support things like Keyboard.print, etc.

what chip? SAMD? on Uno the 16u2 HID solution is a community solution.

but the SAMD11 is full. there is almost no flash and SRAM left with the basic functions of the firmware. it is very small.